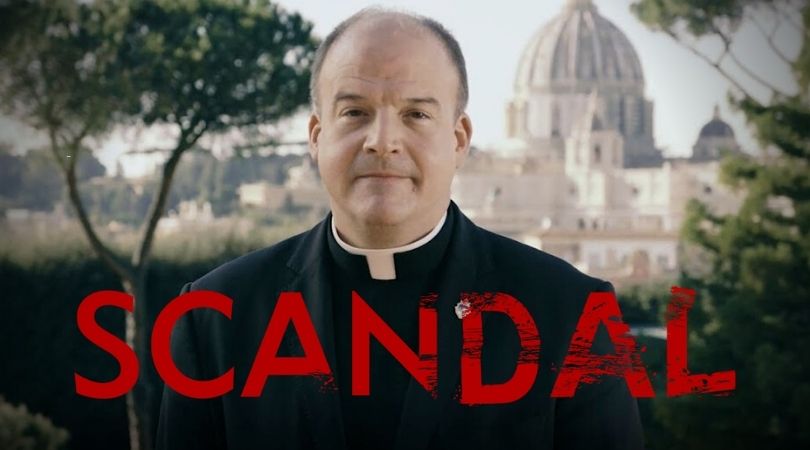 Church Militant’s Christine Niles broke the story on Monday that Springfield, Illinois’ bishop Thomas Paprocki rewarded disgraced North American College rector Fr. Peter Harman with an assignment as pastor of the prestigious St. Anthony Parish and its school in Effingham, Illinois. Faithful Catholics across the country felt outraged and betrayed. The news, dubbed by a victims’ advocate as a “slap in the face” for canceled seminarians and priests, confirmed that under present Church leadership, credibly accused priests will no longer face consequences for engaging in homosexual conduct, participating in an orgy in the presence of seminarians, reprising against straight seminarians who might expose their superiors’ homosexual secrets and spiritually bankrupting a seminary whose enrollment fell by over 50% in the wake of the scandal.

According to a recent groundbreaking investigation into the diocese of Springfield, experts posit that Springfield may be home to one of the highest percentages of homosexually active clerics in the United States. The study, which details multiple instances of sexual and financial misconduct, as well as “concealment,” concludes that “Paprocki has allowed a stunning number of accused priests to remain uninvestigated and remain in active ministry in Springfield parishes, schools and curial offices.” When offered a chance to address the investigatory report prior to its release, Paprocki neither offered any comment nor disputed the findings.

Paprocki neither offered any comment nor disputed the findings.GabTweet

Harman’s tenure as NAC rector is marked not only by scandal and vindictive cover-up but also by an astonishing drop in enrollment. When Harman became rector in 2016, the outgoing rector reported in the NAC’s newsletter, Roman Echoes, that there were 252 students in residence at the NAC on Janiculum Hill. When Church leaders and their media lackeys attempted to cover up the NAC’s retaliatory homosexual scandal, they also tried to hide the resulting drastic decline in enrollment by approximately 56% under Harman’s leadership. Although Catholic News Agency’s Hannah Brockhaus falsely reported that incoming NAC seminarians can expect to get to know “the names and faces of around 200 seminarians” in the fall of 2022, the truth is that enrollment fell to some 100 seminarians at the time Harman stepped down in disgrace, a fact proven by a 2021–2022-academic-year photo posted on the NAC’s Facebook page.

Devout Catholics question why Paprocki has entrusted a scandal-ridden cleric like Harman, with failed leadership skills, to take on one of the most prestigious assignments in his diocese. Now that Paprocki has tasked Harman with heading Effingham’s St. Anthony parish, grade school and high school, parishioners and school parents can expect their new pastor to be summoned to court as a defendant to explain his sexual antics and his reprisal tactics under oath. With over 80% of clerical sex abuse cases involving young men and boys and with the Boys Scouts of America confronting over 100,000 sex abuse lawsuits since they began accepting homosexuals to serve as scoutmasters in 2015, members of St. Anthony are justifiably concerned about being assigned a pastor who was reported for having sex in the presence of young seminarians.

Seminarians are turning to the courts as their only hope of securing protection and accountability.GabTweet

Bishop Paprocki’s mishandling of credible sexual misconduct and cover-up allegations against Harman resembles the way La Crosse bishop William Callahan, who oversaw Harman and the NAC as a member of the seminary’s board of governors, awarded accused monsignor Jeffrey Burrill a position as administrator of St. Teresa of Kolkata parish in West Salem, Wisconsin. Burrill’s new assignment came after he was forced to resign as secretary general of the USCCB after his alleged sexual misconduct was exposed in the media. According to Church Militant’s exclusive reporting, the accused former NAC vice rector, Fr. Adam Park, who relinquished his post after facing serial sexual predation allegations from multiple former seminarians, was discovered “hiding” at the rectory of Annunciation Catholic Church in the Washington, D.C., archdiocese, courtesy of Cdl. Wilton Gregory.

Bishops who reward scandalous clerics like Harman and Burrill send an unmistakable warning: Seminarians and priests should expect promotions if they engage their former bishop or others in sex, but should stand by for reprisals if they dare expose clerical sexual misconduct. While prelates like Callahan and Paprocki reward accused priests with lavish diocesan benefits and shield them with corrupt defense attorneys at the expense of the faithful, devout whistleblowers find themselves evicted from their rectories, and victim seminarians are stripped of their vocations and forced to hold their victimizers accountable in court at the price of steep legal fees because Church officials failed to discipline accused clergy.

After compromised bishops have refused to protect vulnerable adults from abusive priests, seminarians are turning to the courts as their only hope of securing protection and accountability. Anyone wishing to support the ongoing legal efforts to protect seminarians can contribute to the Save Our Seminarians Fund at: https://www.gofundme.com/f/save-our-seminarians-fund.