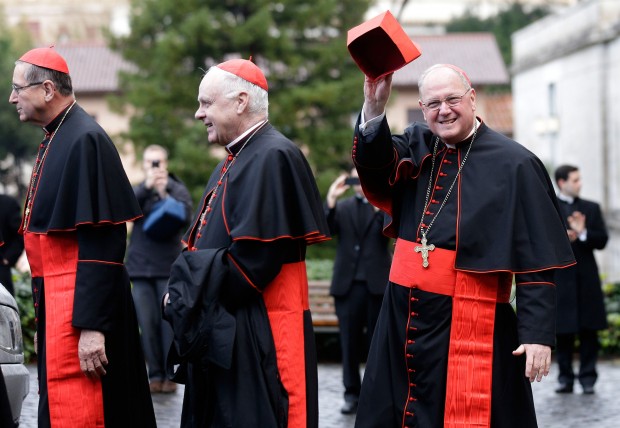 The June 28, 2021 press-release video may be found at:https://www.youtube.com/watch?v=zyCiI5kPTkI

In New York State Supreme Court, the February 2021 legal Complaint by former seminarian Anthony Gorgia describes accounts from numerous credible witnesses who allege a history of sexual harassment and misconduct by Park toward vulnerable seminarians; graphic sexual acts by Harman and the former bishop of Springfield in Illinois at an orgy in the presence of seminarians; and a massive cover-up by Dolan and a network of complicit Church officials. In a stunning development, recently-filed affidavits now identify the former Springfield bishop as the current Archbishop of Omaha, George Lucas. The lawsuit also alleges that NAC officials retaliated against Gorgia as a result of his refusal to be complicit with misconduct.

In a June 2021 affidavit, one of multiple subjects of Park’s sexual harassment recounted his own experiences and the cover-up that ensued when NAC rector Harman ignored his report. The subject’s affidavit plunges into scandal the NAC and U.S. Bishops who comprise its Board of Governors for their refusal to investigate sexual misconduct by NAC leadership and threats to the safety of their vulnerable seminarians.

New affidavits filed in Court also reveal compelling long-standing ties between Dolan and Lucas dating back to their rise to power in the Archdiocese of St. Louis. According to these affidavits, their relationship indicates Dolan’s personal interest in concealing predation which had the potential to out Harman and Lucas. The former SAC likewise reveals the factors that have caused hundreds of vulnerable seminarians over the years to be exploited by nonconsensual sexual acts and cover-ups.

The former SAC not only implicates over 30 U.S. and Vatican bishops who received and ignored numerous incriminating reports against Harman, Park, and the NAC; but also Bishop Kevin Vann of Orange, California as a first-hand witness to the graphic misconduct alleged against Harman and Lucas. According to the former SAC, a number of these bishops who retain Harman and Park in their positions of power over the NAC’s vulnerable adults have themselves been accused of covering up sexual misconduct in the past.
Gorgia is only one of hundreds of seminarians impacted by sexual misconduct ravaging seminaries. While many of these seminarians left quietly without ever revealing what they suffered, Gorgia becomes among the first to hold accountable Church leaders who have victimized seminarians through a landmark case-in-themaking. It is expected that scores of victimized seminarians and priests will continue to come forward with overwhelming accounts that will shatter the “culture of silence” in the Church.

To support Anthony’s landmark case-in-the-making, please visit the Save Our Seminarians Fund at:https://www.gofundme.com/f/save-our-seminarians-fund